Trending Technologies Of 2021 And The New Decade 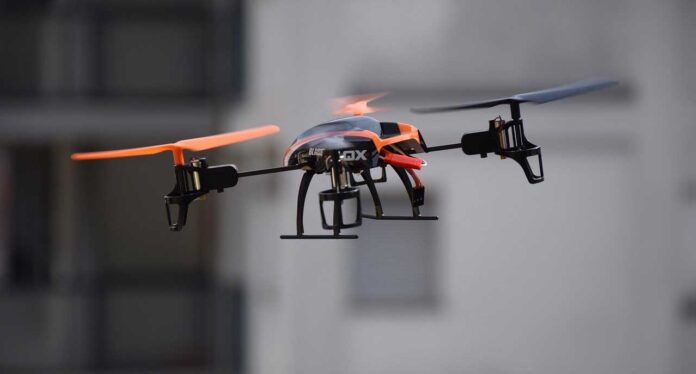 Trending Technologies Of 2021: AI, drones, cryptocurrency, augmented reality: what awaits them in the coming years.

We bring to your attention the second part of the translation of Eric Elliott’s article “Top JavaScript Frameworks and Topics to Learn in 2020 and the New Decade“, the original of which was published on Medium. In the first part, we shared with you the author’s opinion on which JS frameworks and some related technologies will be popular in 2020 and the new decade and what you should learn to get a good job.

In this article, the author invites us to pay attention to global technologies that will have a significant impact on human life in the new decade.

About the Author: Eric Elliott is the editor of blogs on Medium such as JavaScript Scene and The Challenge, and also a top author in the Technology section. In addition to articles, he has written books such as “Creating Software” and “Programming JavaScript Applications.” He is also the co-founder of EricElliottJS.com and DevAnywhere.io. and teaches basic software development skills.

Now, let’s get down to a quick snapshot of the state of technology at the start of 2020.

Translator’s note: it is worth considering that the review was written before all those fundamental events that are happening to us at the present time. We will definitely find for you a similar review with a “wind correction”, that is, for the consequences of a pandemic and other things.

AI could turn out to be a technology that will change the world more than anything else ever created. Scientists, opinion leaders and billionaires call it both a wonderful utopia and the end of human civilization.

Of course, the development of artificial intelligence could lead to the collapse of humanity as we know it, but it could also be the beginning of a wonderful collaboration between humans and machines. So far, we only grimly contemplate what AI can become. Some perspectives scare us (for example, such fakes), and some are extremely useful to us (for example, the new auto-reframe Adobe Premiere for video editing). Some danger for us will constantly come from him in the future, but the potential for improving human life with the participation of artificial intelligence is enormous!

Pandora’s Box is already open – and it is impossible to close it, and therefore, as the author hopes, we will all use AI to solve important problems and improve our lives.

2020 was marked by many important advances in AI. For example, in recent years, research teams have been battling for superhuman AI performance in various video games. But some classes of games are still challenging for him, including long-term strategies like StarCraft II. However, DeepMind’s AlphaStar program has reached the level of a grandmaster, playing on the official Battle.net servers and using the same resources available to human players. StarCraft is a challenging game that requires long-term strategic planning, a skill previously thought beyond the reach of AI. Strategic thinking represents an important milestone on the road to “artificial intelligence” in the full sense of the word.

If “all these games” seem like a waste of resources to you, keep in mind that projects like DeepMind have simultaneously achieved incredible success in converting text to human speech. This technology can give more natural voices to intelligent agents and personal assistants. But more importantly, to return the voice to people who have lost it.

Self-driving cars, they are also self-driving cars (or cars with J autopilot) deserve a special mention in the conversation about artificial intelligence. Major players in this industry are Cruise, Uber, Waymo, Nuro, Aurora, Ford and others. This industry is still too young, but excessive optimism has already created real problems for it, however, the author no doubt says that we will see “superhuman autonomous driving” already in the 2020s.

“I predicted the development of drones back in 2015,” Elliott writes. “By 2045, a person driving a car will look like a horse pulling a sidecar.”

Five years later, in the author’s opinion, it turned out that he underestimated how quickly self-driving cars would settle on the market. Waymo drones travelled more than 1 million miles in 2018, and in 24 cities in the United States, cars drove on their own on public roads. “Today, I predict full Level 5 autonomy for multiple car models from a number of manufacturers by 2025. Keep an eye on Tesla, GM, Ford and BMW,” says Elliott.

Over the past ten years, the number of scientific publications about AI has grown 10 times, and now that it provides useful tools for users from a practical point of view, this trend can be expected to continue. We are already seeing artificial intelligence doing what most thought was impossible just a few years ago. Let’s look forward to more amazing things from AI in the 2020s!

In 2020, we saw tremendous progress in the world of blockchains and cryptocurrencies. Blockchain technology is becoming mainstream, and the author expects even more active growth and widespread adoption from it in 2021.

DeFi services have literally gone through an explosion, making it quick and easy to use interest-free / cashless borrowing and lending services. Currently (at the time of the article’s release, and this is January 2020 – translator’s note), DeFi contracts contain $ 650 million (including $ 450 million in non-cash loans), and this despite the fact that in 2019 the technology generally became available. As more people invest in cryptocurrency, the author predicts an increase in the number of DeFi loans in the near future.

People can access liquidity without sacrificing the potential value of their crypto investments, or use DeFi loans to invest in the crypto industry using leverage (increasing the risk / reward of their investments).

Daily active addresses for Bitcoin and Ethereum peaked in January 2018, followed by a year of declining interest in them due to the market decline (after every tenfold rise, the price of cryptocurrency plummets, and then soars ten times higher than during previous peak).

“My favorite development in 2019 was the introduction of Fortmatic. Whether you are building a cryptographic application or not, you can replace user authentication with Fortmatic and improve security, free yourself from vendor tethering and add features like end-to-end encryption, signed transactions, and more, ”Elliott writes. …

If you are creating a new app in 2020, consider logging in with Fortmatic instead of using the usual “username / password” (which no one should be doing in 2020) or delegating this process to Google, Facebook, etc.

The author has another article that discusses how to use cryptographic technologies to improve authentication and improve application security. “I look forward to seeing large applications embrace technologies like Fortmatic in 2020,” he writes.

Ethereum easily won the smart contract platform race in 2019: Elliott believes the platform will lead the way in 2020 as well.

According to the author of the article, he has been writing about AR (augmented reality) every year since 2015, and has been dreaming about it since childhood.

AR (augmented reality) in which virtual elements are projected onto the real world. The simplest examples are, say, what we see in Google Glass. AR objects do not change the outside world in any way, and it is also very clear from them that they are virtual, there is no striving for realism.

VR (virtual reality) is a completely virtual reality that we see in VR glasses and helmets and can feel it with movement platforms, gloves, whole suits or even scent devices (google “Feelreal”).

MR (mixed reality) is “mixed reality” at the intersection of VR and AR, it just involves the interaction between us and virtual objects that look as believable as possible. For example, an empty room in reality, which we furnish with virtual furniture using MR.

XR (extended reality) – extended reality. It turns out that this is a new trend – to use the abbreviation “XR” to define all of the above technologies.

So, the author believes that in the future XR will completely replace, for example, mobile phones. How long it will take remains an open question, but it looks like a breakthrough could happen in the next decade, even within the next five years.

Since the boundaries between VR and AR are blurred, the industry is now calling the entire area XR (we already figured it out – translator’s note). ARKit and ARCore (Apple and Google’s Augmented Reality SDK) have seen significant growth since their inception. The number of monthly active users grew from 47 million to 150 million between 2017 and May 2019. WebAR strengthened its position in 2019 and is likely to continue its development in 2020. If you’re interested in this topic, take a look at things like AR.js, React 360, or Viro React.

The advances in hardware are also worth looking at. For example, the HoloLens 1 smart glasses cost about $ 5K when the developer version was first released in 2016. What has changed since then? HoloLens 2 are already priced at $ 3,500 and aren’t even user-ready. There are also issues with clipping, SLAM (jitter and drift), field of view, and so on. In general, you don’t want to wear these glasses all day. But thanks to a special installment plan – $ 99 / month, you can get a “developer kit”, although you will have to hang on the waiting list for some time.

About 2 million drones have been sold in the United States and have already transformed construction, geographic exploration, mapping, film-making, aerial photography, agriculture, ecology, and entertainment. There is a good chance that drones will finally start delivering packages in the US in 2020.

“FPV Drone Racing is my new favorite sport and the Drone Racing League streams the races live. They also have an elaborate simulator if you want to understand what the sport is like, ”says Eric Elliott.

All of these new drone activities require the development of a large amount of software, including imaging software, mapping software, flight planners for delivery, programs for collecting and processing telemetry, analytics, integration of industry applications, etc. This industry has a lot to do with artificial intelligence: drones require image processing, collision avoidance, and the like.

The 2010s brought us many transformative technologies – many of which we already take for granted – but they have had a big impact on technological progress in general. For example:

“I can’t wait to see what you develop in the new decade!” – Elliott concludes the article with inspiration, – “Do some magic!”