Top 12 Most Popular IT Professions 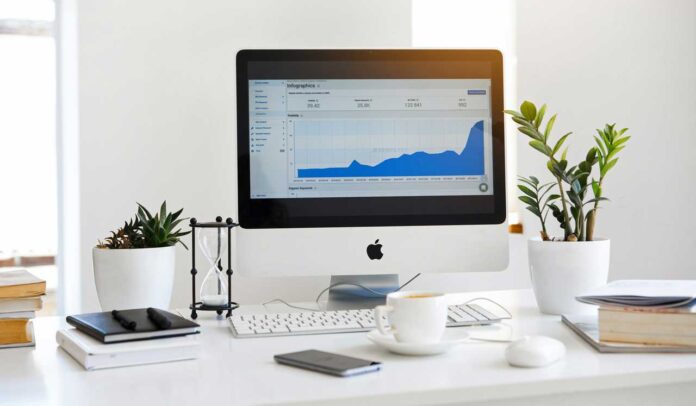 Do you want to work in the IT field, but do not know which profession to choose? Then you definitely need to familiarize yourself with our Top 12 most in-demand professions from the IT world. We hope that you will be interested in some of these professions, and you will be able to decide for yourself which direction is best for you to build a career.

Probably one of the most popular professions, a kind of IT symbol. A software engineer or simply a programmer is a specialist responsible for the development of computer algorithms and programs. Today, you simply cannot become a good programmer without good mathematical background. In this area, you can find various problems, which are about 70 percent of logic and mathematics. In addition, in the vast majority of cases, a programmer must be proficient in several programming languages ​​and know English well enough.

The average salary of a software engineer today is determined by the technology with which he works, as well as his work experience.

From the name of the profession, everything is more or less clear – a software testing specialist is responsible for software testing, which is carried out to identify errors in the operation of programs, as well as to correct detected errors.

Manual testing is carried out by simulating various scenarios of the user’s work with the software. During automated testing, test cases are launched using specially created scripts.

A specialist in the field of software testing must have an understanding of the basics of programming, understand the principles of creating software, as well as administering the OS, know the testing methodology and the basics of SQL, and finally, he must be able to work with databases.

One of the most popular IT professions is the business analyst, who is a specialist who analyzes a variety of business processes for a customer, in terms of the subsequent automation of these business processes. One of the most important tasks is to identify customer problems and identify ways to successfully resolve these problems. A business analyst must have an understanding of the basics of software development and testing, he must also own special tools for analyzing and formalizing requirements, in addition, he must also be fluent in a foreign language.

Another very popular modern IT profession. A software quality assurance specialist is an employee whose activities are aimed at improving the actual software development, at identifying errors and preventing defects in the functioning of the product. In practice, people often make the mistake of assuming that a software tester and a QA engineer are the same profession. In fact, a tester works in the direction of testing ready-made software, while a QA engineer is engaged in the formation of testing processes at the very development stage, and these testing processes should, as a result, ensure an increase in the level of software quality.

The main task of the quality assurance specialist is to ensure that absolutely all stages of the development process that affect quality are taken into account in the project plan and properly performed.

Data Scientist is the name of the profession of a data scientist who collects a lot of data and is able to find logical patterns in this data, transforms information into a more convenient format, solves business problems using the data obtained and mathematical modeling. To solve problems, he needs to have the ability to work with different programming languages, including SAS, Python and R, to work with statistics, including statistical tests and distributions, to use analytical methods, including machine learning as well as deep learning and text analytics.

Also, a very popular profession today, a data analyst is a specialist who knows how to find patterns and relationships in large amounts of information in order to make predictions and offer a variety of solutions. He uses special programs for conducting research, and then communicates the results to the management using information visualization methods. Based on this analysis, you can make a certain decision that affects in one way or another the efficiency of the business.

The work of an SEO specialist is aimed at internal and external optimization of the website for specific search queries. The main task is to attract the maximum number of people to the promoted website so that it can take leading positions in the search engine results.

Also, a very popular profession in the IT field. Technical writer – this is the name of the profession of a specialist engaged in the development, compilation, support and updating of various types of technical documentation.

One of the most popular and well-known professions. A web designer is a specialist who creates the appearance of websites and Internet applications. The specific task of such designers is to be able to develop a style, taking into account the specifics of the Internet.

The web designer works on the appearance of the site, develops its prototype and general structure, creates layouts that are necessary for subsequent layout, works on graphic elements (such as banners, buttons and icons), on typography, and also thinks over navigation.

Another popular “design” profession. 3D Designer is a professional in the field of 3D graphics who creates and customizes a variety of computer characters for game animation, providing movement of drawn objects and models. A 3D designer must understand the process of making photorealistic images, have an idea of ​​artistic styles, and also have the proper skills in the areas of high-poly modeling, post-processing in common graphic editors (Maya and 3dMax, Cinema 4D and LightWave, Modo and Softimage XSI, Blender and others) and also speak the same language with the technical staff.

UXUI designer is a profession whose specialists are engaged in the creation of user interfaces. Modern UX designers analyze user scenarios, think over the logic of transition from one page to another, and also test AB. The task of such a specialist is to create the most comfortable interface. The UI designer is directly responsible for rendering the interface based on the UX data received by him and creates this interface in a holistic, understandable and beautiful. A UXUI designer deals with both of these roles.

A game designer is a specialist who develops the concept of a game, its rules and creates the content of the gameplay. The role of a game designer is similar to that of a task director in ordinary programming. He should have an idea of ​​creating a concept for the game, be able to come up with content and various new mechanics, as well as events, plus monitor the effectiveness of all this. Also, such a specialist must understand game mechanics and mechanics of monetization, involvement in the gameplay and retention of gamers. It is important to have good experience in specialized software (such as Unity 3d), have the skills to balance the gameplay, and have an idea of ​​the trends in the gaming industry.

We have listed the 12 most in-demand IT professions. It seems to us that among the professions of this list, almost anyone can find something that suits him optimally.